These Multi-Color beads are 1/2 the size of our large necklaces of the same style and as a result have a much softer fell. The come in multiple lengths adding to there versatility. The largest sterling silver bead is only 8mm and taper down to 3mm. Colorful stones allow this necklace to be worn with any combination of jewelry. Handcrafted by Navajo artist’s in Albuquerque, N.M. , each one comes with a certificate of authenticity. . Please call with any questions, we also do custom lengths. 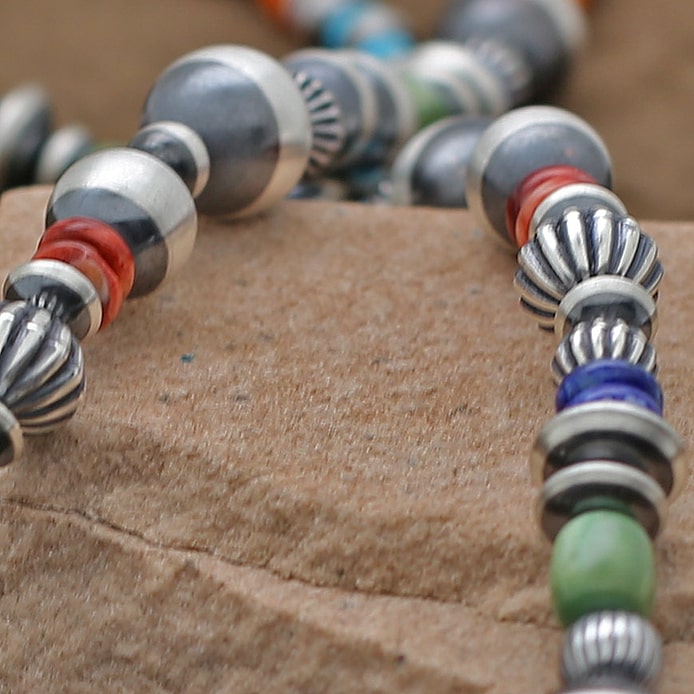 Named after its original location of discovery (the Gaspé Peninsula of Quebec, Canada), gaspeite is a bright yellow to apple green color with brownish veining. It was originally considered only a gangue mineral–a stone which contains a metal ore in its makeup, but that metal cannot be viably extracted from it.