Navajo crafted , 36″ in total length. 7-different sizes of Sterling silver beads ranging from 12mm to 6mm, both in round , saucer and fluted styles. Versatile and elegant. This is one of are best selling necklaces. If your looking for a specific length, please call we have many lengths in stock. 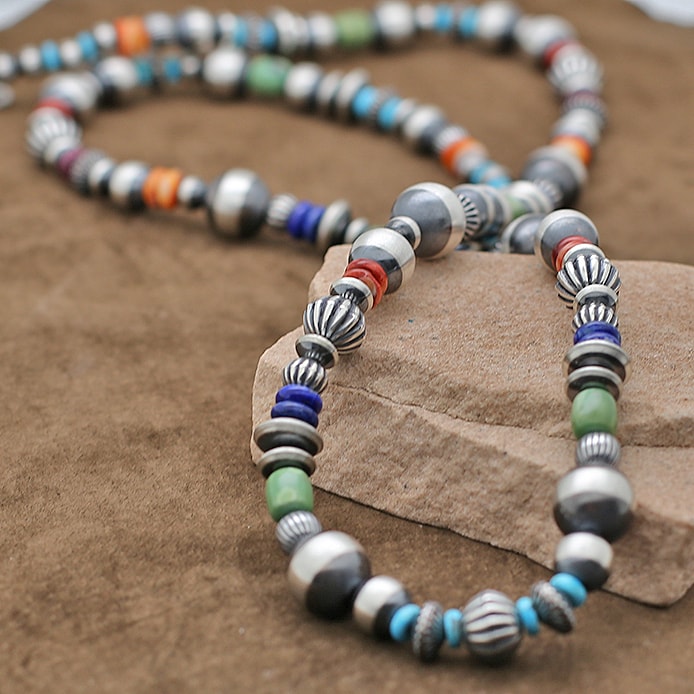