BC 1252 -Navajo pearls with multi color beads 16″ with extension

BC 1252 -Navajo pearls with multi color beads 16″ with extension

Navajo pearls set in solid Sterling silver forming a sphere, this can leave a seam or ridge. The beads are then filed, sanded and buffed to create a bead that is extremely smooth. They have been antiqued with a satin finish. These Navajo Pearls are made of solid sterling silver and strung on a wire by Navajo Marilyn Platero. This necklace is approximately 15″ in length with a 2″ extender.  This not only creates a great look but has a very comfortable feel. Multi-colored beads provide a terrific accent.Necklace is then finished off with a hook and eye clasp. They are terrific as a chain for all your pendants while being the perfect necklace for casual or an evening on the town. Matching earrings are available in a variety of lengths on our earring page 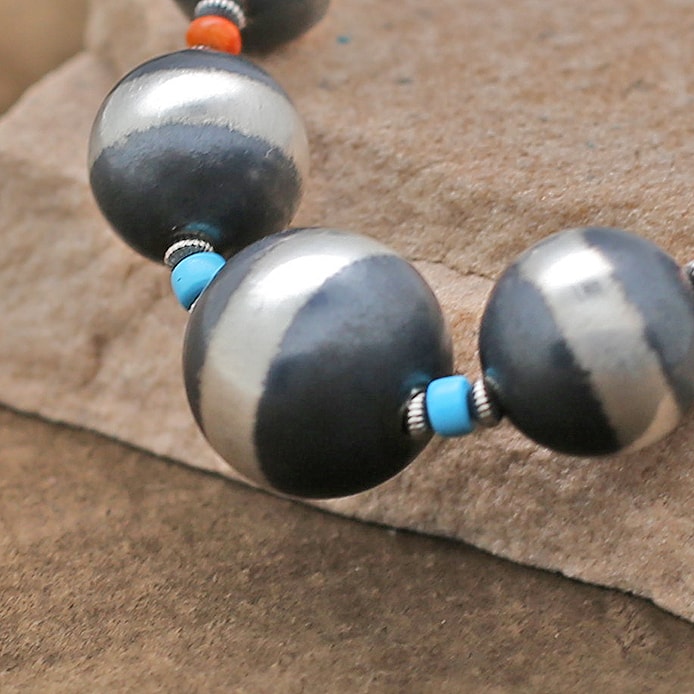 Navajo pearls in sterling silver and multi-colored stones- 16″ with extension.