One of a kind…Vintage 1960’s Navajo Channel inlay bracelet. Beautiful blue/green Blue Gem turquoise is used in this piece. It has been left in its original form for over 50 years. This private collection bracelet has not been cleaned or polished, and all the natural patina is still there. The bracelet measures 5/8″ in width with a 1-1/8″ opening and a 5″ distance on the inside of the bracelet. Due to its design, it cannot be shaped to fit. Please call for more information about how you can tell if your wrist will fit this piece. 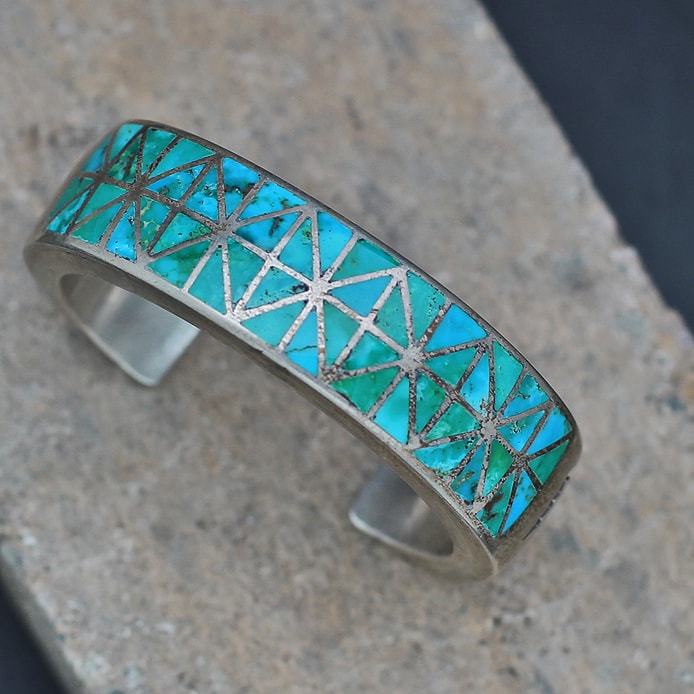