Vintage 1960’s Knife Wing Man bracelet. Set in solid sterling silver. Heavy gauge 1/2 round wire makes up the basis for the bracelet, with flattened twist wire wrapping around the figure.Measuring 1-3/4″ at its widest point and tapering down to 5/8″ .  Inlay stones and shells make up the design of the Knife wing garments. A truly distinctive piece that is a wonderful example of Zuni jewelry was made 50 plus years ago. 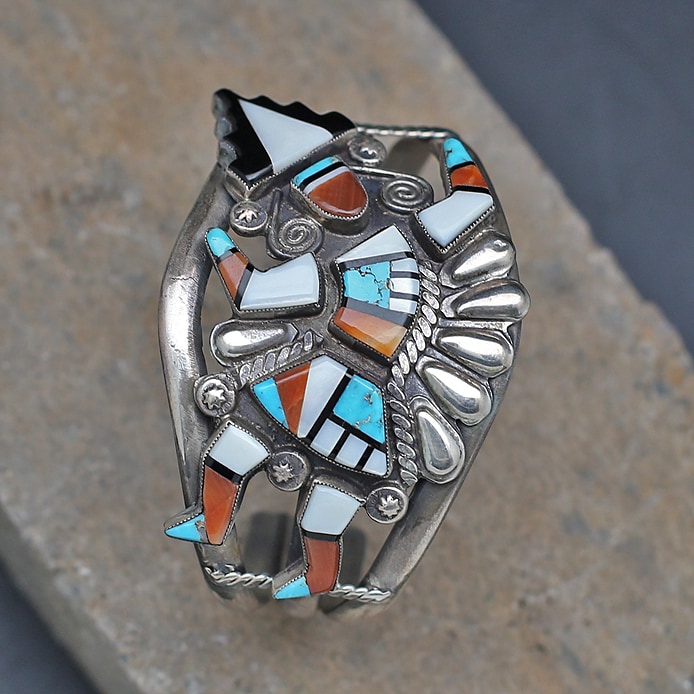 Knifewing, also Knife Wing, is a half man – half eagle Zuni spirit or god with razor sharp feathers made of flint. He is the ultimate warrior. … “This curious god is the hero of hundreds of folklore tales, the tutelary deity of several societies of Zuni.