Vintage 1960’s Zuni Sun Face bracelet. Set in solid sterling silver with genuine Lone Mountain turquoise, coral, white mother of pearl and black jet. Highly detailed inlaid stones look great. Measuring 3/4″ at its widest point and tapering down to 1/4″. The bracelet has a 1″ opening and a measurement of 5″ on the inside. 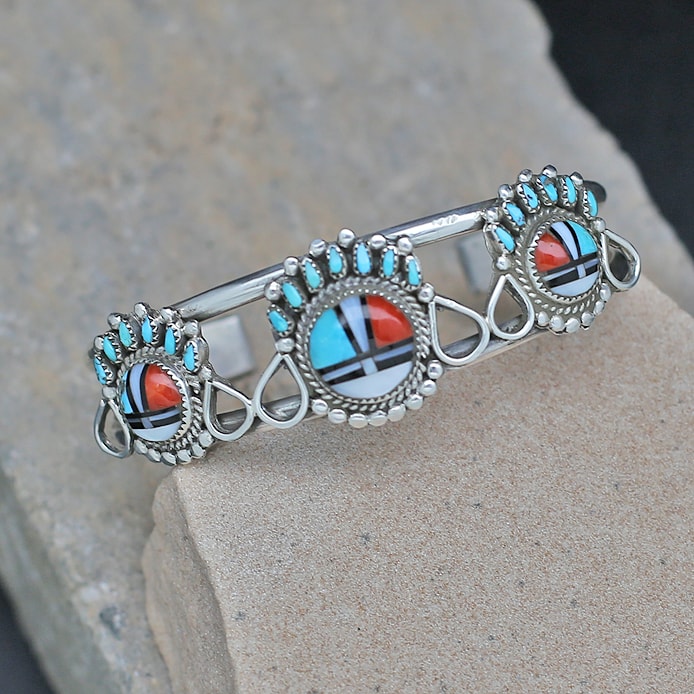 The Sunface is an ancient symbol in Zuni culture, where it represents the sacred Sun Father. … The symbol’s round motif depicts the Sun with a forehead split down the middle to reflect the eternal balance between sunrise and sunset.