Vintage 1960’s Zuni pendant. Set in solid sterling silver with genuine Blue Gem turquoise, white mother of pearl shell, orange spiny oyster shell and jet. The chain is handmade in sterling silver and measures 24″, but can be adjusted to any length. The overall length of the pendant is 4″ x 2″ at its widest point. This is a rare piece to find. Although the image of the Rainbow Man is common in Zuni jewelry, a pendant of this size is unusual. The natural Blue Gem turquoise is very rare in Zuni inlay jewelry and is a reflection of the artist as well as the time period when high grade turquoise was used. 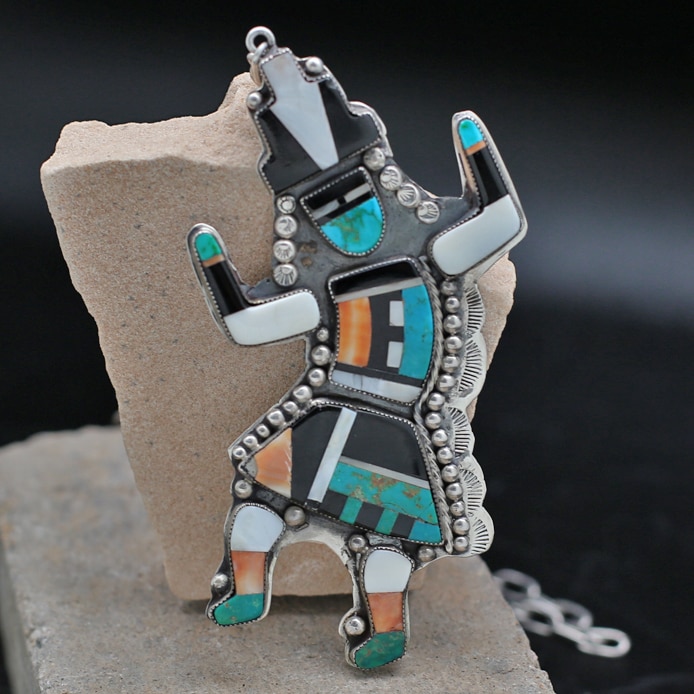